Getting Help with Eating and Food 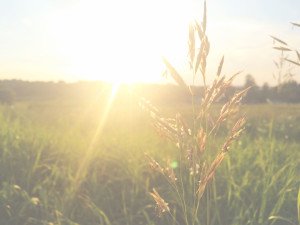 Eating disorders happen when someone’s relationship to food spirals out of control. This could manifest in all sorts of ways. Some people eat too much, some eat too little, and others struggle with the physical act of eating.

Eating disorders generally occur because people develop complicated relationships with food or their bodies. They may try to control their bodies through exercise, medicine, or diets. Others may use food to soothe painful feelings.

Eating disorders don’t simply cause emotional distress. They can also cause physical health problems. In severe cases, they may even be fatal.

The Diagnostic and Statistical Manual of Mental Disorders (DSM) is a book that experts use to diagnose mental health conditions. The DSM does not list every possible eating and food issue. However, it does list the most common conditions and how to recognize them.

The six specific types of eating disorders listed in the DSM are:

Not all eating and food issues fall into the six categories above. If a behavior causes distress and interferes with daily life, it can still qualify as an eating issue. One doesn’t need a diagnosis to have a problem.

Many people can diet in a way that does not hurt their bodies Some try to lose weight by reducing calories or avoiding certain foods. Others diet to manage their food allergies or cleanse their bodies. But if they take a diet too far, it can backfire and damage their health.

What does an extreme diet look like? It might involve long periods of fasting or severe calorie restriction. Or it could be an obsession with eating certain foods. If someone is so concerned with a healthy diet they would rather go hungry than eat “bad” food, they may have an eating issue.

Extreme dieting can seriously harm physical and mental health. If someone does not eat enough food, they could have digestive problems, dehydration, and decreased metabolism. Malnutrition could also lead to stress and concentration problems.

While there is no clear distinction between a healthy diet and an extreme one, the following signs may indicate a concern:

Why Do People Develop Eating Disorders? 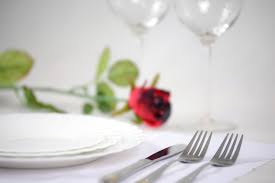 Many Western cultures glorify thinness. American pop-culture is filled with weight-loss programs, diet trends, and body-shaming. These messages can provide fertile ground for eating disorders. Some people come to believe thinness makes a person desirable, while fatness makes someone unworthy. In such cases, eating disorders are ultimately concerned with one’s self-worth.

People with eating disorders often experience anxiety, low self-esteem, and a strong need to please others. They may feel pressure to achieve perfection, not just with their bodies, but in every facet of life. Other individuals are responding to past trauma, using food to regain a sense of control. A family history of eating disorders may also increase a person’s potential for unhealthy behavior.

Eating disorders do not discriminate. They can affect people of any age, race, gender, and sexual orientation. Around 30 million Americans will experience an eating disorder in their lifetimes.

Getting Help for Eating Disorders

Eating disorders can be complicated conditions. If you or a loved one is considering treatment, you can go to our directory and find a therapist who specializes in eating disorders.

Remember, there is no shame in needing help.