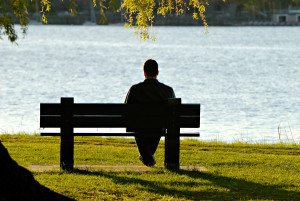 Post-traumatic stress (PTSD) is a common reaction to traumatic or stressful events. Studies indicate 3.5% of the United States (U.S.) population will experience PTSD in any given year. Almost 37% of these cases can be classified as “severe.”

Someone with PTSD may relive a traumatic experience through memories and dreams. They may avoid reminders of the trauma to prevent emotional distress. PTSD can also involve memory issues and a heightened reactivity to one’s surroundings.

PTSD takes many forms. It may happen due to a natural disaster or a personal tragedy. It may arise immediately after an experience or years later. People of any gender, ethnicity, and background can experience it.

Post-traumatic stress is a treatable condition. People with PTSD may wish to contact a therapist. Therapy can help people process distressing emotions and memories. Understanding one’s symptoms is often the first step to reducing them.

PTSD can occur after any type of physically or psychologically stressful event. Situations that may bring about PTSD include:

During a shocking or scary event, it is natural to experience a “fight or flight” response. Increased adrenaline and stress can be necessary for survival in emergencies. Strong emotions like anger and fear are also common.

Yet some people will continue responding to trauma long after the danger has passed. Their mind’s immediate reaction to the emergency becomes a default pattern. Mental health professionals look for behaviours that have a lasting and detrimental impact. When someone’s response to trauma interferes with their daily life, a diagnosis of PTSD may be appropriate.

The Diagnostic and Statistical Manual (DSM) outlines four categories of PTSD symptoms: re-experiencing, avoidance, arousal/reactivity, and cognition/mood. To qualify for a PTSD diagnosis, an individual should have symptoms from each category. All the symptoms must have been present for at least one month.

Most cases of PTSD begin within the first three months after the trauma, but some individuals may not develop symptoms until six months or later.

Before modern medicine, doctors thought post-traumatic stress was a physical condition. American Civil War records speak of a condition called “Da Costa’s Syndrome.” Soldiers diagnosed with the syndrome would have anxiety, a rapid pulse, and trouble breathing. Medics assumed the soldiers had overstimulated their hearts. Soldiers received medicine to control their symptoms and returned to war soon after.

In World War I, post-traumatic stress was called “shell shock.” Physicians thought soldiers’ symptoms were due to brain damage from artillery shells. But many soldiers who hadn’t been near explosions showed similar behaviors. Scientists dismissed this second group as having “a weakness of nerves.”

Modern research shows no connection between PTSD and resilience. There is no evidence that individuals with PTSD are emotionally weaker than anyone else. But in the early twentieth century, soldiers with post-traumatic stress often faced extreme stigma. During WWI and WWII, the military’s priority was usually returning soldiers to the battlefield rather than promoting mental health.

The DSM did not list post-traumatic stress as a diagnosis until 1980. By then, scientists had data from Vietnam veterans, Holocaust survivors, and more. Experts agreed PTSD was a mental health condition rather than a physical injury or character flaw.

Due to the nature of modern warfare, veterans from Iraq and Afghanistan are especially likely to face trauma. The U.S. Department estimates 10-18% of veterans develop PTSD after they return. A soldier’s risk of PTSD depends on their demographics and their experiences in combat.

Soldiers who are unmarried and have lower levels of education are more likely to have PTSD. Female service members also have higher risks of PTSD. According to a 2015 study, 5% of female soldiers reported sexual assault. In the military, women are five times more likely to experience sexual assault than men.

Soldiers who face more combat stressors are more likely to develop PTSD. Combat stressors include seeing corpses, having a comrade killed, being ambushed, and getting injured in battle. Soldiers with longer deployment periods also had higher rates of post-traumatic stress.

An estimated 9.7% of women will experience PTSD in their lifetimes, compared to 3.6 % of men. The difference may be partly due to how women experience higher rates of sexual assault and domestic violence. Rape is one of the traumas most likely to lead to posttraumatic stress (Others include military combat, politically-motivated internment, and genocide.).

PTSD IN RACIAL AND ETHNIC MINORITIES

Some racial and ethnic minorities have higher rates of posttraumatic stress.

Certain minority subgroups also have higher PTSD rates. Some estimates suggest about half of Holocaust survivors have posttraumatic stress.

A PTSD diagnosis requires a person to have experienced trauma. Differences in trauma exposure may play a large role in racial and ethnic PTSD rates. Racial and ethnic minorities often face different traumas from other groups. These traumas may include:

A study published in 2010 argues current PTSD measures may fail to account for the traumas of racism and ethnoviolence. Vicarious trauma, such as watching police violence on TV, may act as a catalyst for PTSD. Although the person watching TV is not in direct danger, they may be reminded of historical threats to their identity group. Since hate crimes are often directed toward a group, a person may feel targeted.

Research suggests PTSD may be under-diagnosed in some minority groups. Other studies support the idea that racial and ethnic minorities are less likely to get treatment for posttraumatic stress.

Measuring cross-cultural PTSD rates can be difficult. Most PTSD research has focused on people living in Western nations. Even when researchers assess PTSD rates in non-Western nations, cultural differences can make it hard to compare results. But the research available so far suggests PTSD rates do vary across cultures.

A 2014 study compared PTSD rates between people living in various European nations. The study found the highest rate (6.67%) among Croatians. Cultural values were a greater predictor of PTSD rates than trauma exposure. Sensation-seeking was strongly linked to PTSD rates.

A person’s risk of trauma exposure depends on many cultural factors, including:

High exposure to violence often correlates to a high rate of PTSD. Refugees are more likely than non-refugees to develop PTSD. The World Health Organization estimates 1% of non-refugees have the condition. By comparison, many studies have placed the prevalence rate among refugees at 15%. The largest research review to date included refugees from 40 different nations. This review estimates 30% of refugees have PTSD.

Children can develop posttraumatic stress in a similar manner to adults. However, there are a few symptoms unique to children.

Children 12 and younger typically do not have flashbacks the way adults do. Yet it is common for children to reenact the trauma through play. For instance, a child who witnessed a school shooting may repeatedly play with pretend guns. Children with PTSD may believe there were warning signs before the traumatic event. They might watch for these signs so they can “predict” the next event.

Teenagers with PTSD often develop negative beliefs about themselves. They may judge themselves as “damaged” or “cowardly” compared to their peers. They may also show reluctance to try age-appropriate activities like driving or dating. Adolescents with PTSD are more likely to develop aggression and risk-taking behaviors than people of other ages.

Other mental health issues can exacerbate PTSD symptoms. They may lower mood, disrupt concentration, or bring out aggressive tendencies. These complicating issues can prevent individuals from seeking help. They may isolate themselves from loved ones or avoid treatment resources. If someone with PTSD has a comorbid condition, it can be quite difficult for them to get necessary care.

A therapist can identify if co-occurring conditions are contributing to PTSD. Therapy can help someone reduce symptoms from PTSD and any other diagnoses. There is no shame in seeking help.